Thursday Satsang: “Laya Yoga, the Yoga of Dissolution” with Eric Ness – May 30, 2019 “Treasured Echoes” Festival of An Archive of Dr. Arya’s Audios

Festival of An Archive of Dr. Arya’s Audios

“Laya Yoga, the Yoga of Dissolution”

“There are many systems of yoga other than the well-known paths of the yoga of postures, the yoga of actions and the yoga of devotion. One such lesser-known system is laya yoga which is the yoga of dissolution. It guides aspirants to dissolve the grosser parts of their being into the more subtle parts and eventually into their true nature of pure consciousness.”

Eric has been teaching meditation and yoga for over ten years. His teaching is based on the experiences that he had while immersed in a meditative environment. He deepened 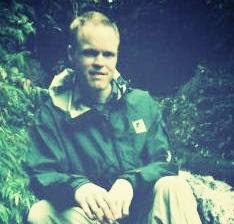 his study of meditation while participating in the residential program at the Meditation Center. He also trained for three years at the Swami Rama Institute for Meditation in India. His calm teaching style brings students t  he tools they need to move toward a peaceful state of mind.