“Beyond The Asanas: An Introduction to Yoga Philosophy and Terms” with Paul Emerson, Ph.D., January 16 – February 13, 2019

Wednesdays: January 16 – February 13, 2019
Time 6:30pm – 8:00pm
Cost: $65.00
Register here!
Yoga philosophy can be complicated-different concepts, different language, different practices.  Moreover, Indian philosophy is not a single entity but a variety of complementary views.  This class will provide a road map and tools for further exploration of yogic texts.   We will start with the timeline of Indian literature (week 1), discuss samkhya metaphysics on which the Yoga Sutras are based (week 2), explore the Yoga Sutras (week 3)  and finally delve into some of the hatha yoga sanskrit texts (week 4).  The overall focus will be on how to make these concepts practical and relevant to our own sadhanas (meditation practices).  For texts we will use portions of Swami Rama’s The Royal Path, Swami Veda’s Philosophy of Hatha Yoga as well as various on-line texts.
Paul Emerson is a biomedical engineer with a Ph.D. He is the authority on the physiology of breathing for The Meditation Center and has been teaching yoga for over 30 years. 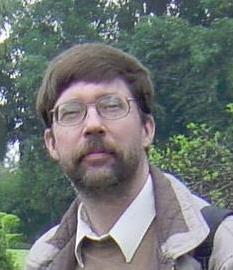 Paul has worked as a research scientist, has been a manager of clinical research with a major biomedical company, and a  university instructor. In addition, he holds eight patents in the areas of dialysis and sleep therapy. Paul is a scholar of ancient yoga texts. Paul was certified by the Rockford School of Yoga and began teaching in 1975.
ClassesPhilosophy
Tags:
Dr. Paul Emerson, Hatha Yoga, Indian Literature, Meditation, Yoga Philosophy, Yoga Sutras of Patanjali